These images are from a talk Google gave about creating Mobile VR. Yellow highlights added by me. 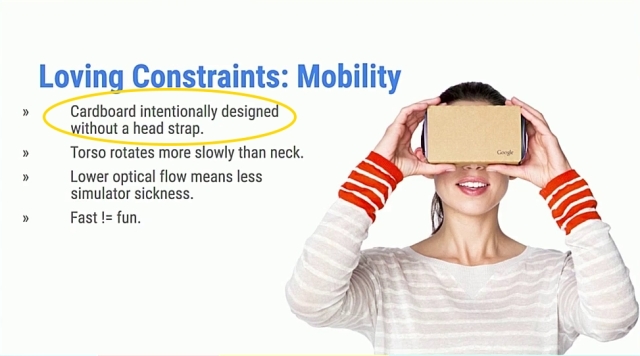 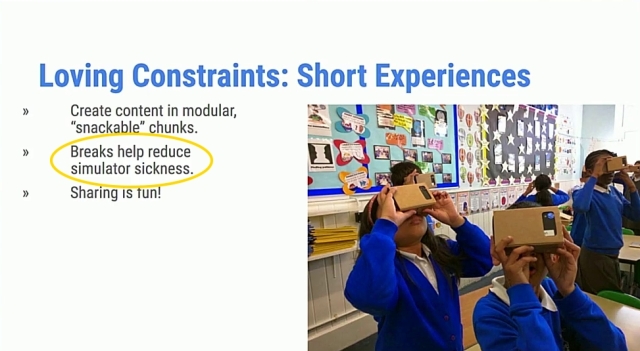 So, Google Cardboard was/is just a demo to kickstart VR.

Now I understand why Sam Macaroni isn’t fond of Google Cardboard. The Gear VR has its own IMU on-board, minimizing the vertigo effects inherent in Cardboard. As hagg87, who tried Gear VR in “Cardboard mode,” stated on reddit:

Gear VR unit itself contains the high field of view lenses as well as a custom IMU for rotational tracking which connects to the smartphone via micro-USB. This IMU is more accurate and well calibrated with lower latency than internal smartphone IMUs such as used for Google Cardboard.

Soooo… maybe I should listen to Sam Macaroni. Maybe I should be looking at getting a Gear VR instead of the Alcatel Idol 4s with Cardboard packaging.

But I can’t help wondering what Google has up its sleeve. A new Cardboard+ design with an IMU built-in?

This video is very interesting and includes tips for making Mobile VR:

Delivering VR for Everyone on Everyday Phones