“She was one of the first really prominent women in the film and TV industry,” he said, adding that Anderson leaves behind “an amazing legacy of fantastic television, really groundbreaking entertainment.”

The divorce of Gerry and Sylvia was a contentious one and led to a whitewashing of her contributions to many popular TV series that originally credited her. We will probably never know the full extent of her influence and creations, but it’s clear that without her, future productions done by Gerry alone were missing a certain something.

I received the news today via a While You Were Away tweet. It was the first thing I saw when signing in. 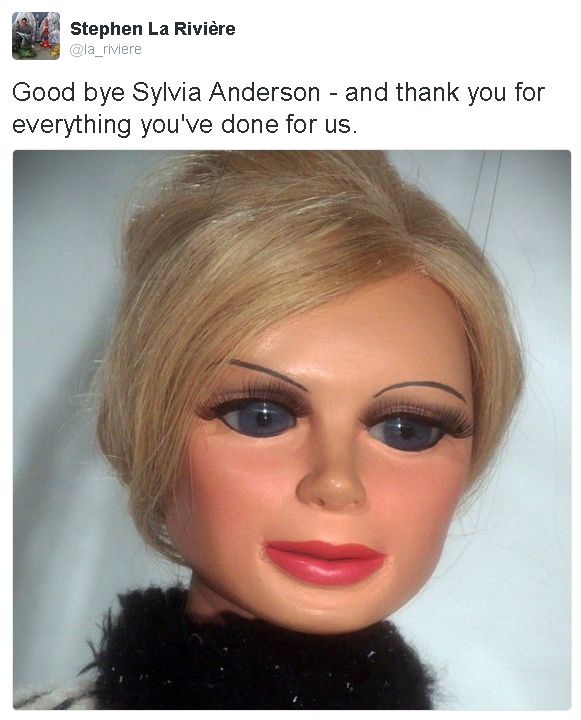 The Thunderbirds 1965 account also sent out something very nice: 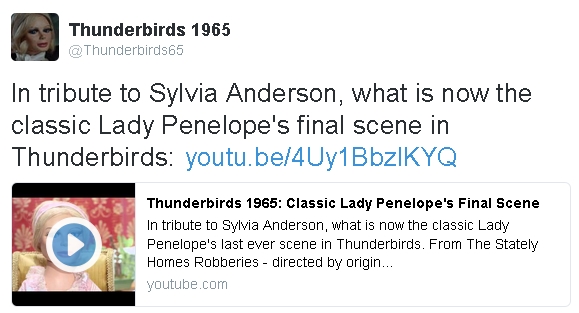 Here is that video:

Rest in peace, Sylvia. You helped brighten the lives of many children.

This entry was posted in R.I.P., Video. Bookmark the permalink.