Those and all other reports — at post time — are based on a listing that popped up out of nowhere on a vendor site: ifive mini 4G 7.85 inch Phablet 4GB RAM – WHITE

Take all accounts with a huge grain of salt.

At post time, there is zero about this tablet at the iFive site, or at 5Fans, or the FNF Weibo, or at Tmall, or any of the Chinese tech blogs I know of.

There looks to be two version 2GB RAM / 16GB storage and then a 4GB / 32GB storage one. Both come in white or black.

See, that last line sends my Bullshit-O-Meter to eleventeen.

FNF has been a company on the ropes. They once planned an iFive Pro2s tablet but cancelled it.

They dribbled out the iFive Mini 4s with less than a handful of Weibo announcements, the latest one at post time on March 1: 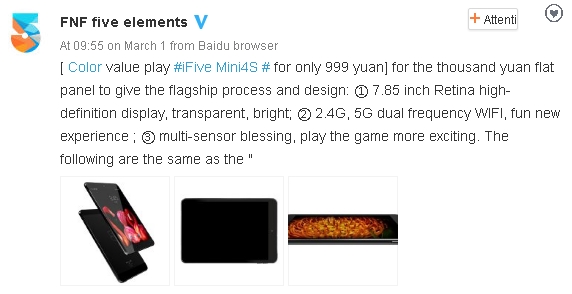 Aside from what I’ve already posted in this blog from various sources, there’s been no other coverage of the iFive Mini 4s. Zero at Chinese tech sites and zero at the 5Fans forum. Even their past fans have deserted them.

So with hardly any money coming in, no marketing banners or even astroturfing posts at Chinese tech sites about the iFive Mini 4s, I’m supposed to believe they suddenly have the funds to do four versions of a new tablet?

I don’t think so. 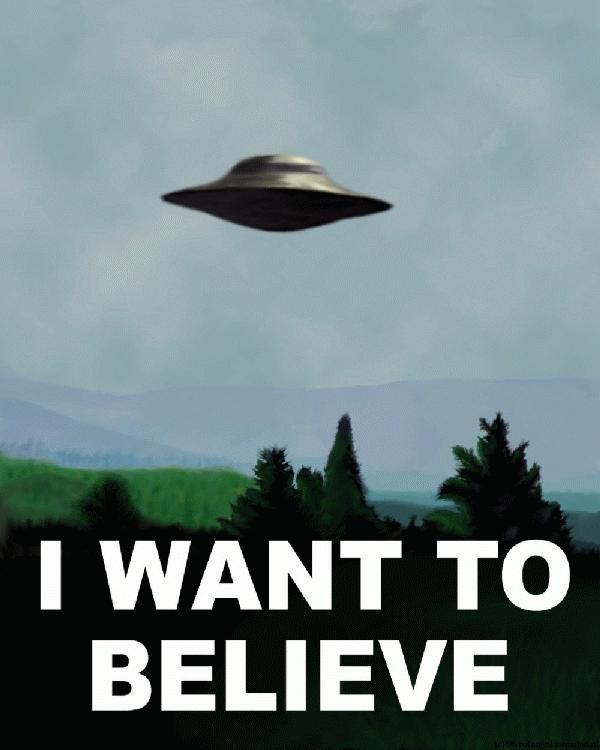 … because this would be the Ultimate iPad Mini clone.

It would scream even louder than the Asus ZenPad S3 10 with its MediaTek hexacore CPU, which gets an AnTuTu score in the 70,000s.

It could potentially reach the 90,000s in AnTuTu: 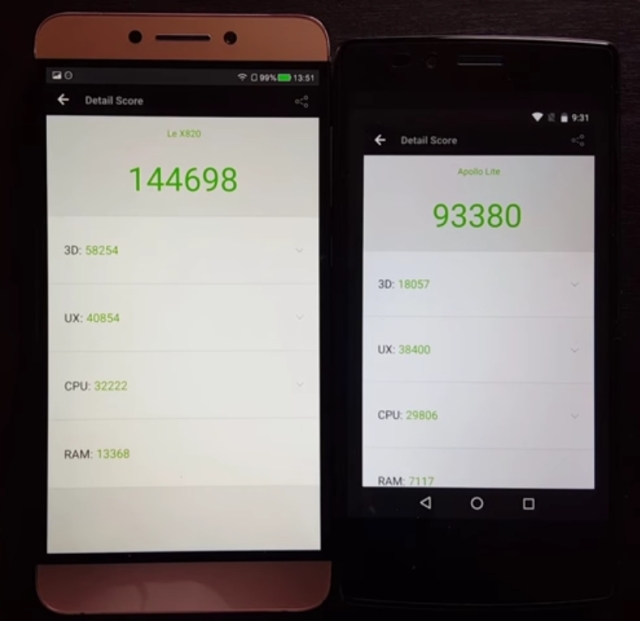 I will give FNF this one out: Since all coverage about the alleged iFive Mini 4G is in the foreign press, it could be a deliberate move. If they were to mention it at all inside of China, they’d trigger the Osborne Effect and kill all sales of the brand-new iFive Mini 4s. But as it is, will anyone outside of China who was thinking of buying the iFive Mini 4s want to buy it now? With a better model on the way in just a few weeks?

As it is, they should ditch the plans for four variations. Go with one: 4GBs RAM, 32GBs of storage with a black color. Ditch the added expenses of the other three variants. 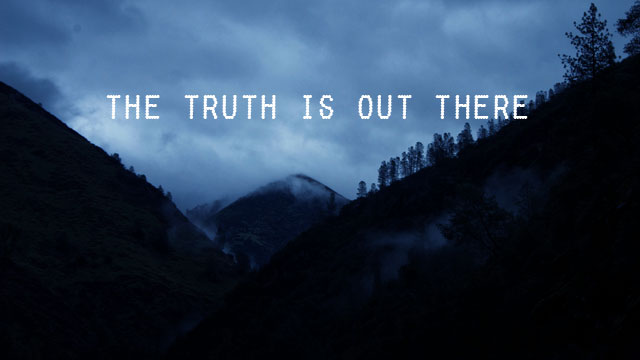 And we’ll know if this tablet actually exists in a few weeks.

One final note: I tested the 290MB version of The American Magazine with iBooks on both the iPad Mini 4 and the 9.7-inch iPad Pro this weekend. On both tablets, iBooks kept crashing with it. Meanwhile, the borrowed Asus craptab did it without any crashes using SmartQ Reader. Paging was slow as hell, but no crashes. So the possibility of this iFive Mini 4G with that decacore CPU is very exciting to me. It would replace my prior idea of getting an iPad Mini 4.

This entry was posted in iPad Format Clones. Bookmark the permalink.