A VR That’s Been De-VRed

Someone has taken the Invasion! VR and de-VRed it. It’s now side-by-side (SBS) 3D video! 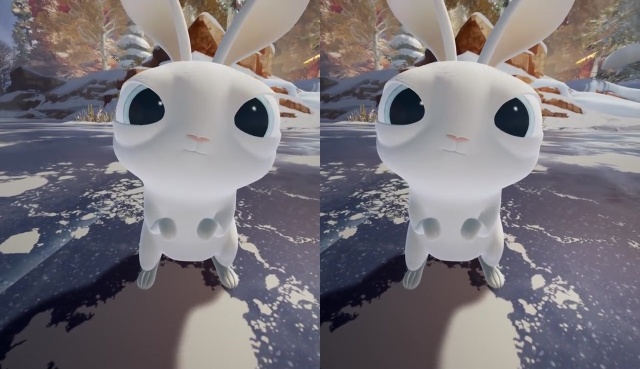 I’ve seen this in VR. I was not impressed. This reveals why I wasn’t impressed and why it created skepticism within me about some aspects of VR.

Notice that the viewer’s eyes are taking the place of a conventional camera. Everything the viewer is seeing is all that’s needed to be seen.

The VR is a full 360, but all the action takes place within a narrow field of view!

I argue that Invasion! is better as a side-by-side 3D video than it ever was as 360VR.

Invasion! is nothing more than a Bugs Bunny cartoon with a different rabbit and no cuts (and it can realllllly use some cuts as SBS 3D!).

Don’t sink money into VR for what would otherwise appear on television. It just doesn’t work. It will probably never work.

Put that money into SBS 3D video instead. Now that there are headsets out there to view it, it’s an entirely new market that can be — and should be — nurtured and grown.

SBS 3D: All You See Is All That You Need To See.

OK, this video is illegal as all hell and will be DMCAed away doublequick so go see it while you have the chance!

This entry was posted in 3D Video, Video, Virtual Reality. Bookmark the permalink.