And this isn’t a Swagtron! He bought it directly from China (well, via one of those middlemen).

He does stunts on a kick scooter in about half the video. But I lurrrrve this video because it gives a great view of the kinds of surfaces electric scooters encounter in NYC.

This looks like the second-generation carbon fiber scooter that Kurt V. has.

And here are NYC surfaces: 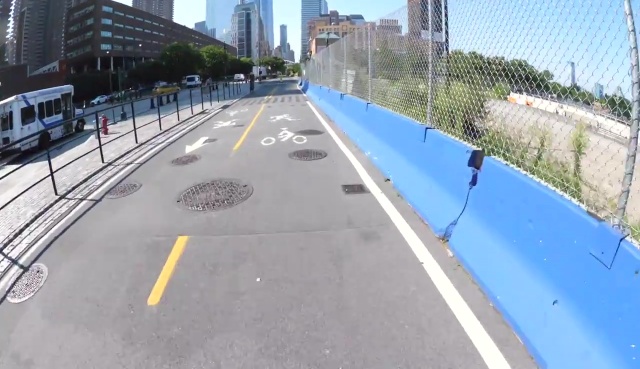 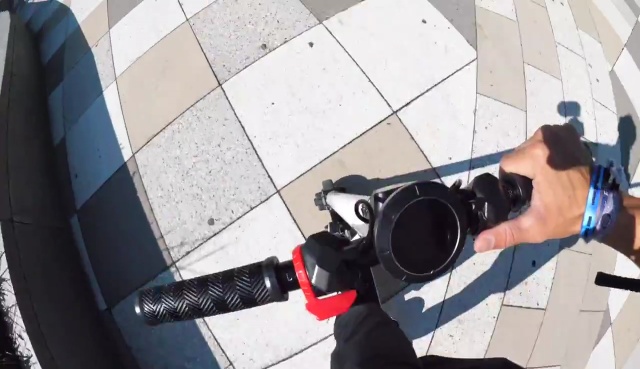 Cracks, manhole and other access covers, and weird tiles. While over in Europe, they have broad and smooth surfaces. In my lifetime, I’ve lived to see New York City — New York Fucking City! — fall behind the rest of the world in progress.

And here’s a bit I especially love. He rides in an area I’m very, very familiar with; lower Manhattan: 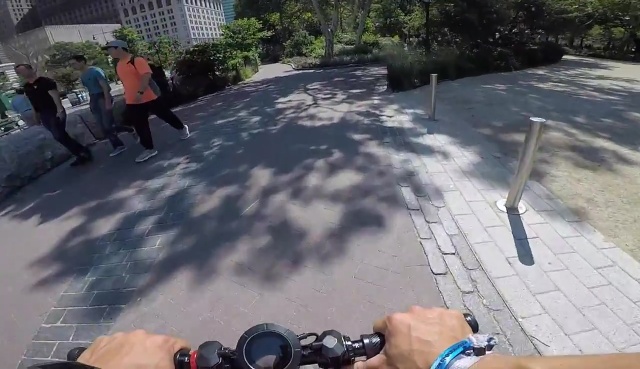 I wondered how such a scooter would handle all of that. Luckily, there’s no music over that part of the audio so I can judge the scooter’s travel. It did fine.

And I like the way he passes a whole bunch of NYPD vehicles on his way home: 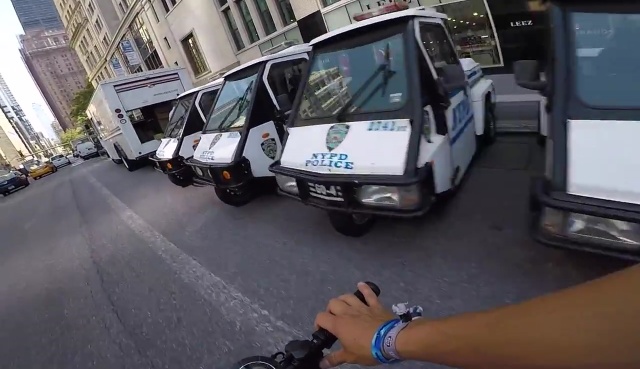 Maybe his fellow kick scooter stunt riders will take his advice and get a carbon fiber scooter too. I’d like to be see more of them around the city than Boosted Boards.

He has another video up where he does stunts on the carbon fiber scooter, but I’m too apprehensive to watch today. I couldn’t bear the sight of it breaking. Another time.

This entry was posted in eScooters, Video. Bookmark the permalink.

2 Responses to Video: Another Carbon Fiber Scooter In NYC