I was browsing Indiegogo — I installed the Android app on the borrowed Asus craptab — and came across a completed campaign for this: Eon: World’s 1st Electric Skateboard Powertrain 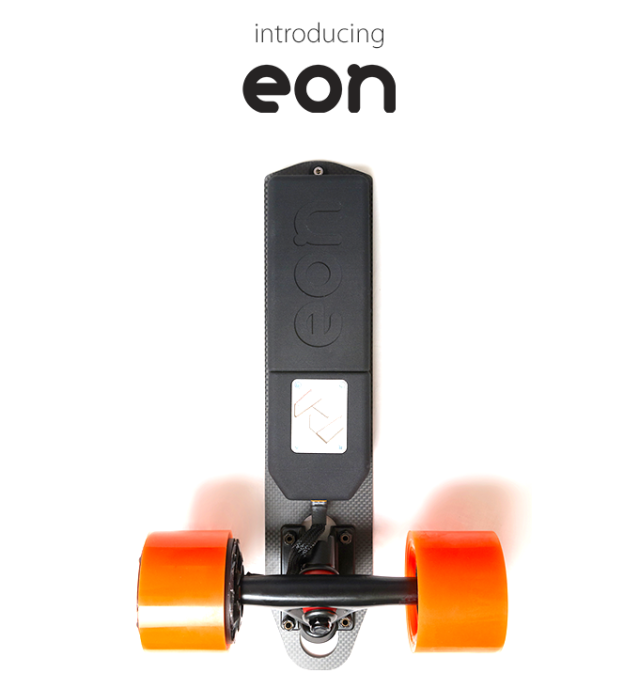 That looks interesting because it’s narrow, unlike the very wide kits from Mellow, Onan, and Landwheel.

And the battery is swappable, which means the ultimate range is up to how many batteries you can buy and lug. 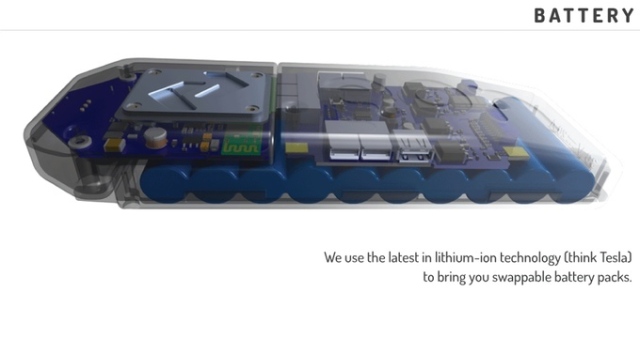 But with the BMS and ESC being contained in the battery unit, I expect extra batteries to cost more than just the battery! Recharge time is claimed to be just 75 minutes. Why can’t anybody master Fast Charge for these things?

And there’s an app: 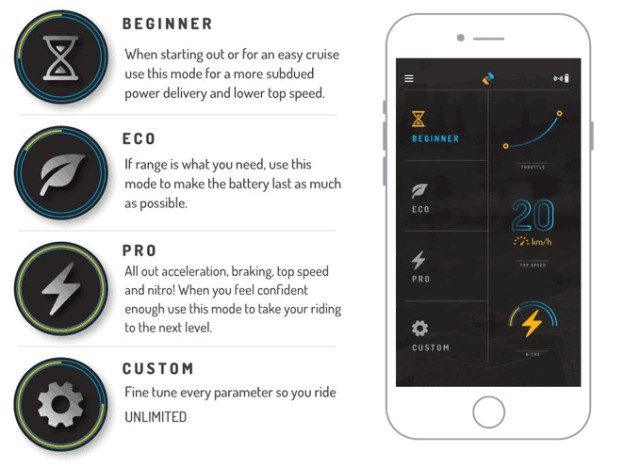 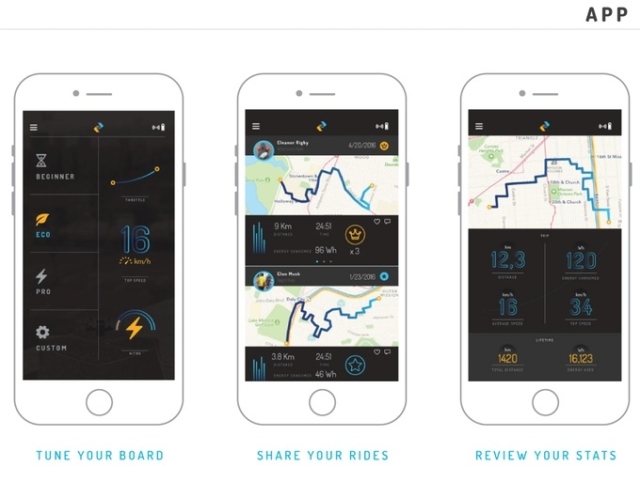 Apps are good. Every personal electric transport should have an app (hello, Meepo!).

As usual with crowdfunded campaigns, there’s a fulfillment delay and people can’t expect to see this until January: 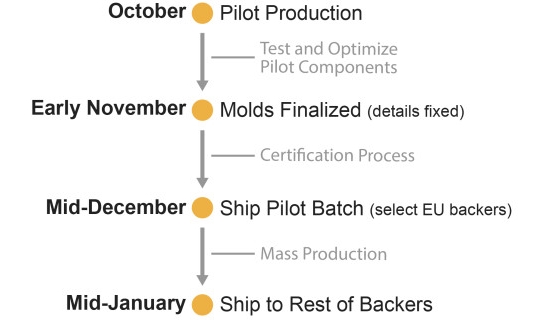 But here’s the catch:

Our CEO visited all of our contracted factories in China to oversee the 1st stage of the pilot production of the components that make up your Kits and Completes. He came back ecstatic with the results and our engineering team will be evaluating those components for full compliance and safety. Our goal is to make the final adjustments at this stage before ordering the components and finishing molds.

Made in China! I expect this to be ripped-off by the Chinese just like Mellow and Kiwano were. Because Made in China means Cloned in China.

So while completed units dribble out to Indiegogo backers in January, the same damn thing will be on sale in China probably in December, if not sooner.

But this is still worth keeping an eye on because of the new way they’ve arranged the batteries. Perhaps this can even be installed on a Penny-sized deck?

There’s a YouTube channel where they’re doing Mellow-style behind-the-scenes videos — just not enough of them. The last one was six months ago and here it is:

And here’s a video giving some information about the battery technology:

This could wind up changing the way electric skateboards are made. At the very least, it will offer an alternative to current kits.