Man, does this guy get a lot of free merch: 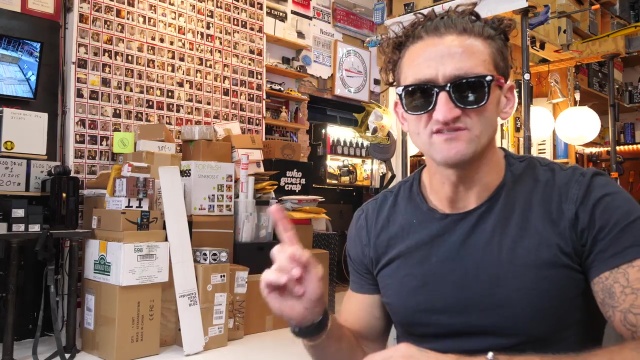 But he’s selling a lot of it on eBay to benefit Puerto Rico Hurricane Maria victims. He’s raised over US$30,000 so far. So that’s great. (You can help too!)

In his encounter with the Kuickwheel …

… a bit beyond the call of duty:

Before we go further, I was shocked to learn he owns six — SIX! — of the Boosted Board! Holy freakin hell.

And he makes the point I’ve made here: That owning personal electric transportation means freedom in the city. He no longer uses buses or the subway and gets around almost entirely on the Boosted Board.

Look! The Kuickwheel is smaller than a Penny board: 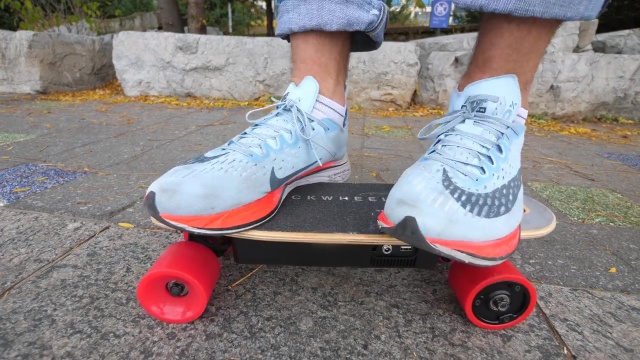 And aside from the verbal verdict, there’s this:

I guess he already sent back the Spectra that defeated him? It would have been interesting to see a size comparison between it and the Kuickwheel.

The video is very light on actual specs. He never mentions top speed or range or recharge time. It’s basically a How Does This Little Thing Ride? Which is OK.