I was lax. I really should have done a screensnap enlargement of this to investigate further:

Because it would have revealed what’s going on.

JohnnyPa — who does the electric modification of ELOS kick skateboards in Taiwan — replied to my inquiry on YouTube:

This is a new belt motor system, I just want to try it. It’s like a Monster, so fast…﻿

And it’s only today I went back to enlarge that screensnap:

And BOOM! For those who can’t tell, here’s the belt drive system highlighted: 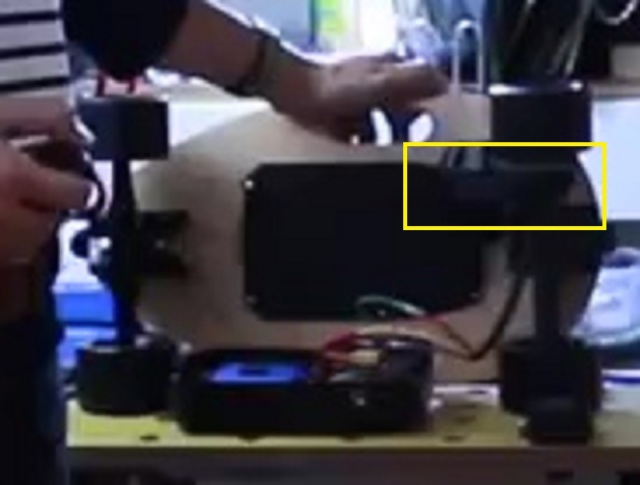 Belt drives are interesting beasts. The Boosted Board uses a belt drive. I’m still amazed at the power of both the Benchwheel Penny and the Arc Board. Both use belt drives.

I never even thought of putting a belt drive on an ELOS! I didn’t even know if it would fit. In fact, it would require some shifting of things. In the photo, notice the battery/ESC enclosure isn’t attached to the ELOS.

Belt drive has a another big advantage over hob motors: Here in the U.S., most of the parts can be bought from Hobby King. It’s all off-the-shelf RC stuff repurposed (did I actually just use that word?) for eSkating.

Also: Using a belt drive means the motor is outside the wheel, so any wheel you want can be used with any thickness and density that you favor. Hub motors generally have the polyurethane attached to the motor and while some have replaceable wheels, they’re still rather thin.

This is really a mind-blowing development here. I hope he’ll continue with the experiment. There’s a new video I haven’t yet watched.

This entry was posted in eSkateboards. Bookmark the permalink.