Oh boy. They dared to go there.

There is a reason no other Doctor Who producer tackled something like the Rosa Parks story.

That reason is respect.

There are just some things you don’t insert yourself into because it demeans and trivializes it. 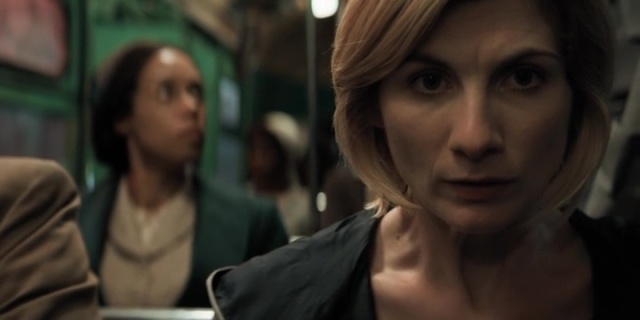 And that’s precisely what happened here.

Jodie’s reaction above is precisely mine to this episode. Inappropriate behavior does that.

This episode was also just a damned bad script and damned bad direction. And I noticed the music began to get louder.

To compound their grievous sin, they added a song at the end! And it wasn’t even a contemporaneous one! The writer couldn’t be bothered to find a spiritual of the time?

Rosa Parks could not have done what she did if the Doctor and her pals hadn’t been there? Puhleeze.

This was a bad tract. In trying to highlight history, they defaced it.

This entry was posted in So Stupid It Hurts, TV. Bookmark the permalink.