I stopped in Filipacchi this weekend. I wanted to see the Onewheel up close and heft it for weight.

E-TWOW/UScooter: Damn. This felt the heaviest and the bulkiest. About 24 pounds, but felt worse.

Boosted Mini X: I was shocked at how heavy it is. Although “only” 16.8 pounds, it felt heavier probably because of the mismatch between its small size versus mass.

Inboard M1: Even though this is a longboard, it weighs less than the smaller Boosted Mini X: 14.5 pounds. And it felt lighter! Probably because the weight is stretched out.

Onewheel Plus: 25 pounds. I had on my full backpack when I lifted this (and all the others). I wanted to see what that would do to my back. It did nothing (unlike my first encounter with a E-TWOW/Uscooter). I wouldn’t want to carry it for any length of time or distance, however. As has been said here by me and elsewhere by others, the damn thing is built like a tank!

Of course, the new Onewheel Pint is smaller and a few pounds lighter, so my tests were only to get some idea of relative weights.

Everyone says to bite the bullet and get XR because of its range: 12-18 miles versus 6-8 for the Pint. I understand that. More range is always better. But my thinking is that I’ll be able to get to an AC outlet somewhere in Manhattan. See this post. Plus, other models of Onewheel have third-party solutions to extend range and perhaps those will work with the Pint too.

What’s been the driving force to change my thinking from an electric skateboard to a Onewheel?

The streets of this island — Staten, not Manhattan — are like land mine fields! I’ve never seen streets and sidewalks so filled with pebbles, grit, and loose chunks of asphalt.

The following pictures were taken today with a borrowed Samsung Galaxy Tab A 9.7. Click any to enlarge. Just look: 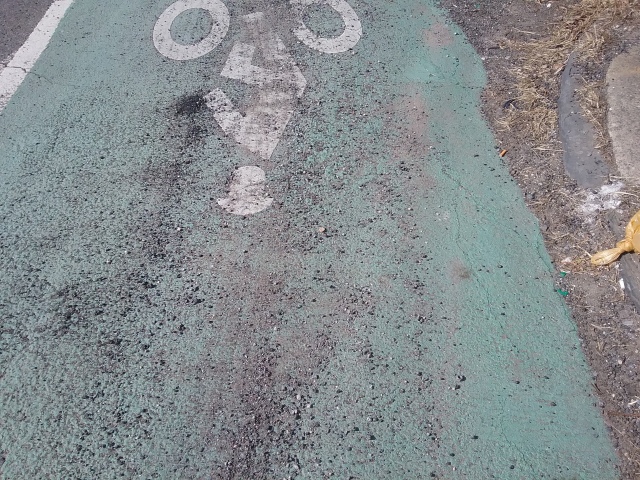 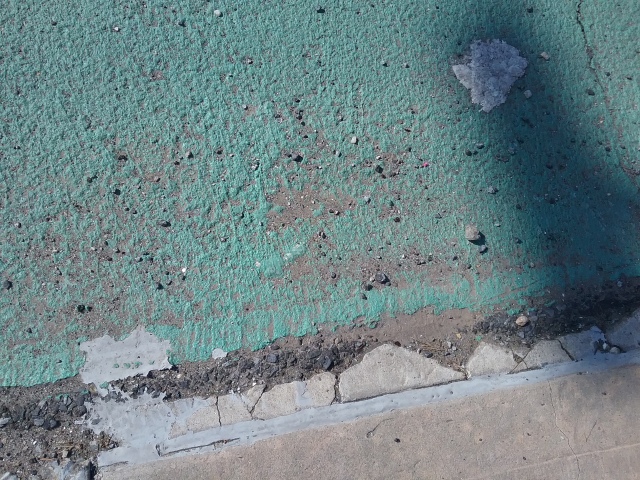 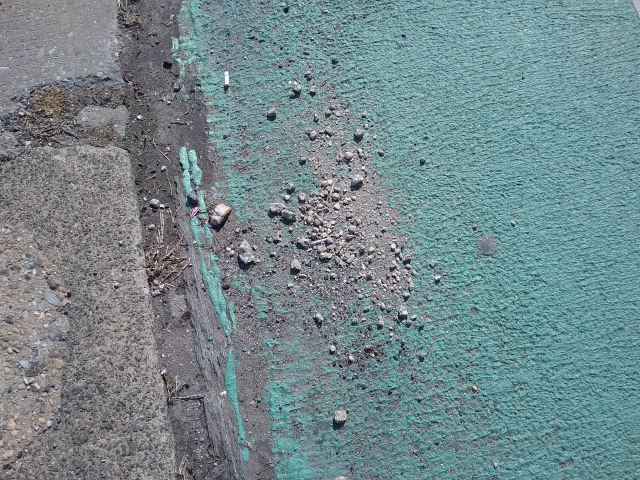 And there’s no escaping on sidewalks: 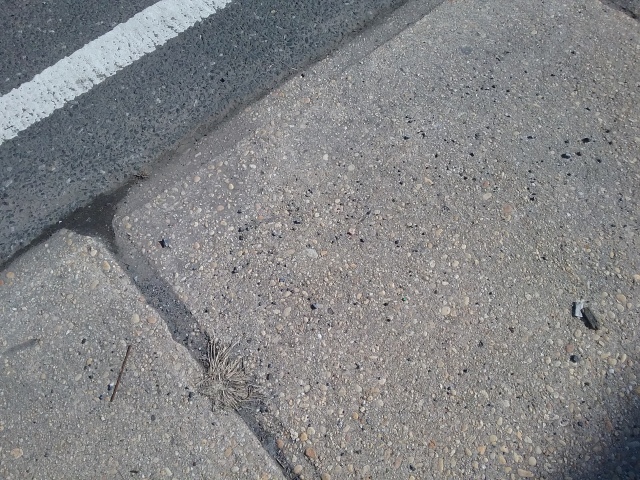 Pictures can’t capture the scale of these. The rubble starts at a half-inch big. And it’s everywhere. It’s pervasive. You feel it when you walk, even when you can’t see it. On just about every street and every sidewalk.

There’s over a mile of that between me and the ferry terminal. There is no way in hell I can be convinced the small urethane wheels of any eSkateboard can manage that. The rubble would stop the board and pitch me forward. I’d have to go at the highest speed and pray. And I’m no expert and won’t start at the highest speed.

I believe the big fat air-filled tire of the Onewheel would laugh at all that and go over it just fine. That’s why I’ve been considering a Onewheel Pint. If you had to face that, wouldn’t you?

A very interesting one that shows the first Onewheel prototype and the American factory that assembles them.

It seems the motor constitutes the majority of its weight. That means there’s a lot of room for improvement there to reduce its weight. If eSkateboard motors can be so small and light, why can’t a Onewheel motor lose weight too? I’d like to see them do a Onewheel Air that’s fifteen pounds or less. I think it’s possible.

Who can ride a Onewheel? It seems anyone can, if they want to:

Watch This Video Before Buying a ONEWHEEL // Complete BEGINNER Learns to Ride!

Here’s an interesting commute on a Onewheel:

I asked for details and she said:

Her trip reminded somewhat of one done on an eScooter in Russia. See this post.

And there are Onewheel Manuals available online.

If I had the money, I’d be very tempted to order immediately. But I think I’d resist that temptation and do what I usually do: Wait for owner reviews. As it is, people are being told their Pint orders won’t ship until early June.

Also, I went through this when I was thinking about the Boosted Mini X. While people were still waiting for Boosted to ship their Mini, both Amazon and Best Buy (and a few other local retailers) received stock that could be bought and shipped immediately. That outraged people and some canceled their order with Boosted and got it another way, faster. I can’t help wondering if that will happen with the Pint too.