This installment opens with an illustration from this century: 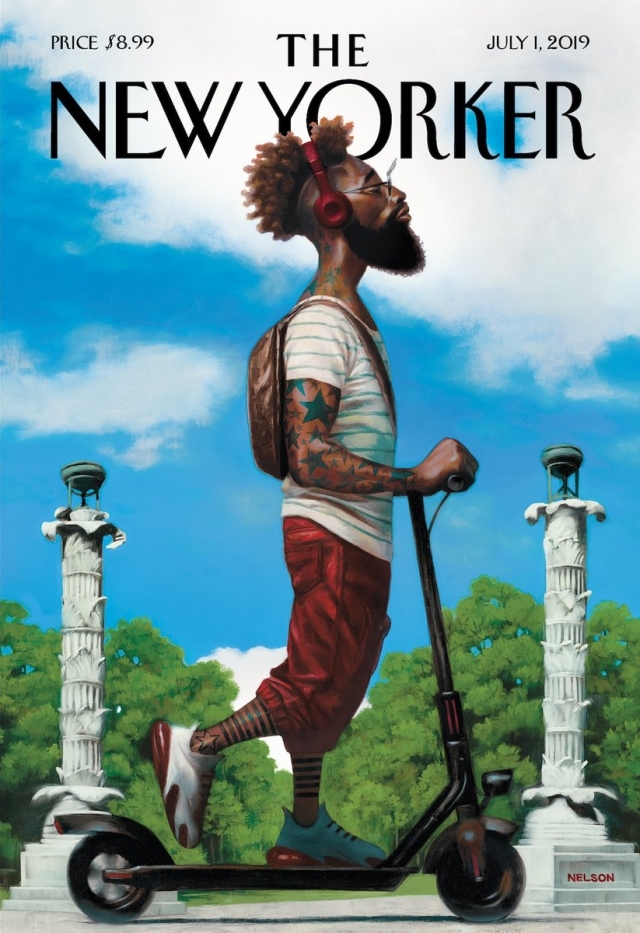 I’m increasing the frequency of these posts because the amount of material I collect is becoming overwhelming. I have so much material, only some of it will appear here. Another post will follow tomorrow.

Those Who Think They’re “in Charge”

The Mayor Who Ignores His City And Thinks He Can Become President tweeted that after the fifteenth cyclist was killed so far this year. For 2019, it’s been almost one every other week. His Vision Zero has been a nasty joke as far as cyclists are concerned.

Let’s remember who this Mayor really is:

It will happen. Not in my own lifetime, but it will. It’s inevitable.

While we wait, this can be done:

And I’m not kidding. Vision Zero ads are all over the place. TV, radio, billboards, and more. If that money was spent trumpeting a $1,000 fine for obstructing a bike lane, the behavior of drivers would change. And let’s go even further: Three $1,000 fines and your license is suspended. And then if you drive without an active license, a week in jail.

It’s time to end this:

The mess we have today isn’t one we can’t fix.

We’ve become blind to cars and trucks. They’ve become the everyday background. Something that always existed, is just “there,” and nothing can be done about it. This is a perception that must change.

Although I caution people about using European cities as a model for American cities, there’s an interesting similarity between the City of Utrecht in the Netherlands and the island of Manhattan:

So seeing what was done there is of some interest.

Utrecht: Planning for People & Bikes, Not for Cars from STREETFILMS on Vimeo

The question is very clear: Does a city belong to its people or to its motor vehicles?