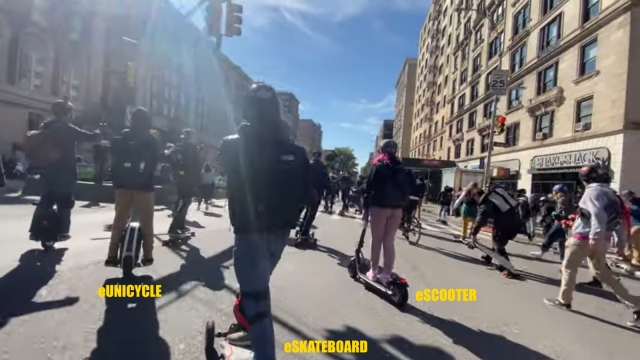 Another one for our STFU And Try It First Before Bitching file: How I learned to stop griping and love electric scooters. That file is getting very, very large. Someone — not me — should do a site compiling these Come To eScooter Jesus conversions. 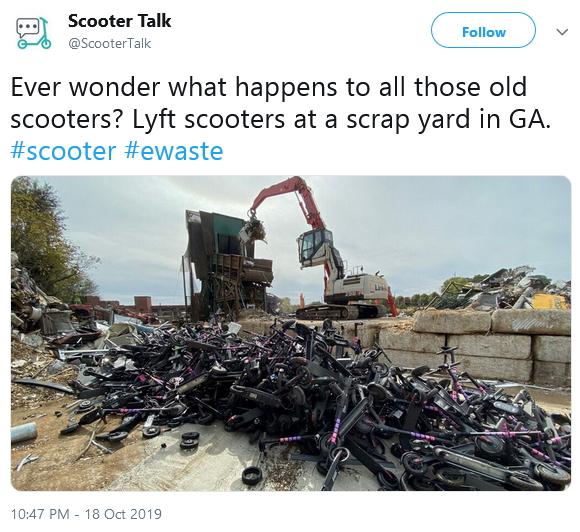 This is disgraceful! There are many parts that still have life in them. Why isn’t anyone setting up a non-profit to claim these eScooters for rebuilding and re-use? The batteries will be shot, but for every ten non-functional eScooters, at least one can be re-assembled into something useful with a new battery. Leftover parts could be sold to support the non-profit and to provide spares for people who own eScooters.

Jimmy Chang with tips for riding a Onewheel Pint up a steep hill:

Oof. He’s not riding much faster than I’ve seen a cheap hoverboard do! The Meepo Mini 2 (see Alt-Wheels Briefly #7) seems to have more oomph for hills.

Not Just Bikes continues its examination of cities with a plan that nearly destroyed Amsterdam:

Now onto the best thing held annually — and unoffically — in New York City: The Broadway Bomb! This video by Alfred Ramdayal captures my vision of Amsterdam in America — Alt-Wheels, not pedal bikes. An unedited video of the entire ride (shot with an iPhone 11 Max Pro):

New York City turned 14th Street into a busway, banning car traffic beyond a block or two. The city is thinking about doing it with 23rd or 34th Street too. Not good enough. We need a North-South route and we should do all of Broadway next. The Broadway Bomb shows that’s possible.

For slackers without the patience to sit through a 40-minute video, here’s a briefer one from Jerry Fung NYC:

And this is a multi-part helmet cam first-person ride that’s hair-raising:

Disclaimer: Please do not try anything you see in this video. The video was taken by an experienced (and stupid af) rider in an annual competition wearing full protective gear. This ride is not sanctioned by the city of New York and injury or death may occur in any attempt to duplicate these maneuvers.

He’s on a muscular Lacroix Nazare electric skateboard that laughs at grates and manhole covers and street patches:

The Broadway Bomb: Even dogs do it! Mark it on your calendar for next year. No matter where you live, come to NYC and join in! Next year, dammit, I will be there too!