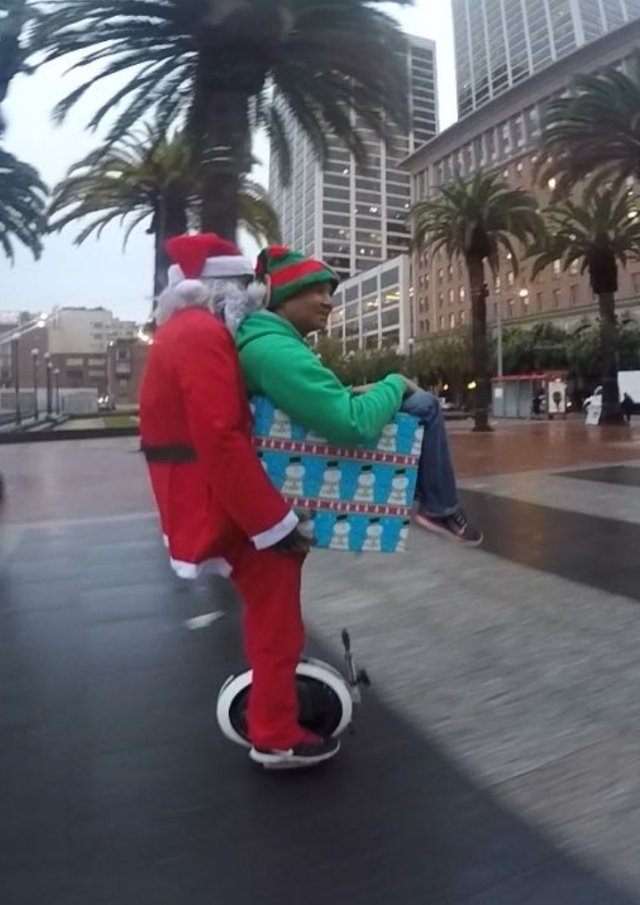 Alt-Wheels are:
– Made for a single rider
– Smaller than bicycles
– Affordable
– Portable

Alt-Wheels differs from “micromobility.” That’s all in this post.

More than 2,800 food delivery riders to get e-scooter trade-in grant

It’s a backwards step for Alt-Wheels, favoring eBikes over eScooters.

Shark Wheel has entered the electric skateboard market with its own board:

That’s fine. But they’ve been in the kick skateboard market so this is really incremental (especially since the rear wheels look like conventional round ones with a Shark Wheel “tread” added). I can’t help but wonder what a Shark Wheel would be like on an electric unicycle or Onewheel. That could be revolutionary. And it’s not as far-fetched as it seems. This looks like it was made for a Onewheel:

U-Stride says, “We need cars.” He’s wrong about that for dense cities. But I’ll continue to watch his videos:

VLOG1: Here’s why EUC’S will never replace cars, but are the best companion to owning one.

Clever adaptation of bike signal indicator for an EUC:

How the hell does this even happen: