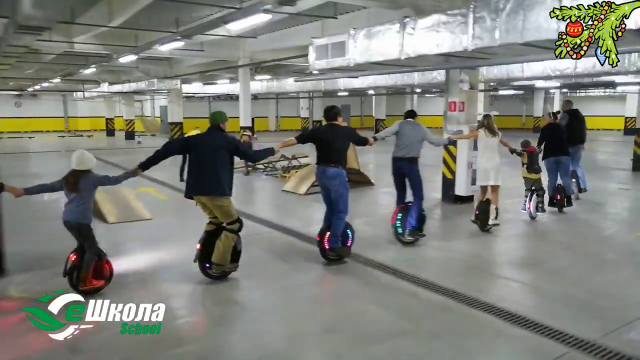 Alt-Wheels are:
– Made for a single rider
– Smaller than bicycles
– Affordable
– Portable

Alt-Wheels differs from “micromobility.” That’s all in this post.

Whereas it takes some 4,000 workers to assemble a million gasoline-powered engines per year, just 1,840 are needed to build the same number of electric motors, the study claims. And a battery factory requires only a fifth of the workforce when compared with an engine plant.

That math was behind the recent strike of the United Auto Workers here in America: Payne: UAW-GM fight exposes fears of an EV future

Long supporters of government mpg mandates to force a transition to EVs, the UAW has gotten cold feet as studies — including one from its own research department — show battery-powered vehicle production takes less labor to manufacture.

It takes even less labor to manufacture Alt-Wheels so there’s no hope for transitioning to employment there — besides which China has that all sewn up (Future Motion’s American-based Onewheel factory notwithstanding).

Here’s a good take on the politics of the Alt-Wheels bills being vetoed by the hand-wringing Governor of NY State. This is particularly welcome as it’s from someone outside of the bike-advocacy echo chamber:

Illegal and Reckless Riding in the PEV Community – What does it mean for you?

The following is a promo video but highlights that electric unicycles can also be more like conventional transport:

That’s not the first time for a design like that. But it makes me wonder if we might see it adopted by Harley-Davidson, Honda, and other motorcycle makers as an alternative to their conventional offerings.

From Russia with love (with a bit of Queen thrown in!):

That nation’s proximity to China has made it take up eScooters and EUCs faster than here in America. First Sputnik, now this!