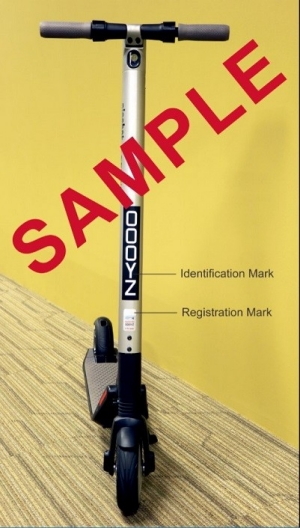 Alternative Wheels. I don’t like the term “micromobility.” In fact, I hate it. It sounds like tiny wheelchairs. The person who coined that marketing term apparently never saw TV ads in American for “mobility devices” — which are basically motorized wheelchairs. Alt-Wheels are these: pedal bikes, kick bikes, handbikes, recumbent bikes, pedal tricycles, electric tricycles, electric bikes, kick skateboards, electric skateboards, kick scooters, electric scooters, electric unicycles, and the Onewheel. In Singapore, anything small and electric is separated from that bunch and they’re called PEVs: Personal Electric Vehicles. (And, by the way, while cyclists look to Denmark, it’s Singapore that’s the world leader in electric Alt-Wheels.) I don’t like using the term “vehicle” because that’s a legal term. And if governments start considering Alt-Wheels as that, we’ll have “rider’s ed,” registration, licensing, and insurance requirements for all of them. And that damn well should not happen until Alt-Wheels have street parity with cars, trucks, motorcycles, buses, and everything else of that ilk, gas or electric.

The concrete-and-glass structure holds three floors of gleaming double-decker racks with space for 12,500 bikes, from cargo bikes that hold a family to public transport bikes for rent.

Their government does that. While our NYC Department of Transportation chases an Ooneepod from its first location in lower Manhattan. This city should feel some real deep shame. We need a massive investment in secure storage for all Alt-Wheels. Until then, sales of eScooters, eUniycles, and even eSkateboards, will remain below their potential.

Everything about the Utrecht Stationsstalling (Station bicycle parking garage) is impressive. A staggering 12,500 parking spaces, a building time of almost 5 years, a cost of over 30 million euros. The facility is an integral part of Utrecht’s new station. The building time was so long because the station remained fully operational. That is why everything, including this garage, had to be built in stages.

That’s very interesting. When NYC redid both the Whitehall and St. George ferry terminals, it was done in stages too, with both remaining open.

The math of that facility is interesting too:

The city of Utrecht reports that the cost was well over 30 million euros or more than €2,400 per parking space.

I leave the implications of that figure up to transportation experts who can compare it to present street parking in America for cars and against mass-transit per-rider expenses. I wonder how that compares to an Ooneepod, which is designed to be self-supporting by advertising and doesn’t require 24/7 staffing? (Thanks to Sebastian Posth [@posth] on Twitter for the Dutch link.)

Yet America’s urban centers were still rent asunder during its great mid-20th century car bender. Large swathes of our finest cities were eviscerated to make way for filthy, dangerous freeways, and hideous parking lots and garages. New cities were built entirely around this new transport paradigm, eating up vast quantities of land and forcing millions upon millions of people to spend hours every day stuck in traffic. Cars became a near requirement for most Americans, even in relatively dense metros.

All this is why American cities should follow the lead of European cities like Oslo and Brussels, and start phasing out private cars in their central cities. First, they could reserve certain streets as pedestrian and bike-only thoroughfares (and have a good deal of space left over for cafes or pocket parks, incidentally), and simultaneously upgrade their transit service.

It needs to be more than just a few streets:

Singapore, the world leader in dealing with Alt-Wheels, now requires eScooters to be registered with the government.

The registration process can be seen here. Electric skateboards are not mentioned but are exempt — as are electric unicycles and hoverboards — since they lack handlebars.

Now that Singapore has done it, every other nation will too.

Chicago’s scooters are mostly being used during rush hour, and 3 other things to know about the devices

On a recent weekday morning, 36 shared electric scooters were available at the tiny Polish Triangle park on the city’s Near Northwest Side. They outnumbered the pigeons.

“I’d rather take these than the bus — less crowds, less hassle,” said Eckles, adding that he has used the scooters for his commute since the city’s pilot program began June 15.

Eckles is part of a trend. A new study from DePaul University’s Chaddick Institute for Metropolitan Development looking at one July day found that most rentals in Chicago’s scooter pilot program take place during the morning or evening rush hour.

And now for something completely illegal …

Thanks to Redditor u/socalgirl2, the above event has been explained. 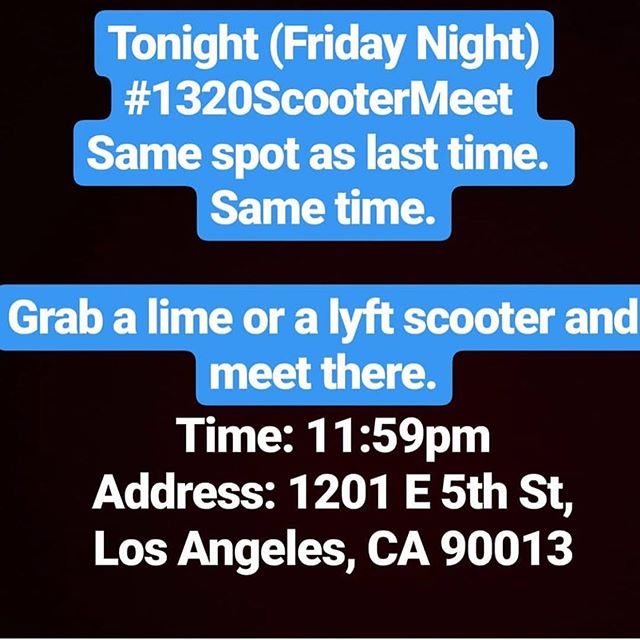 Here’s another TV report posted on Instagram. Geofencing turned off some of the rental eScooters.

Yet another TV report posted on Twitter called it a “race.”

No matter how it was labelled, it got out of control. 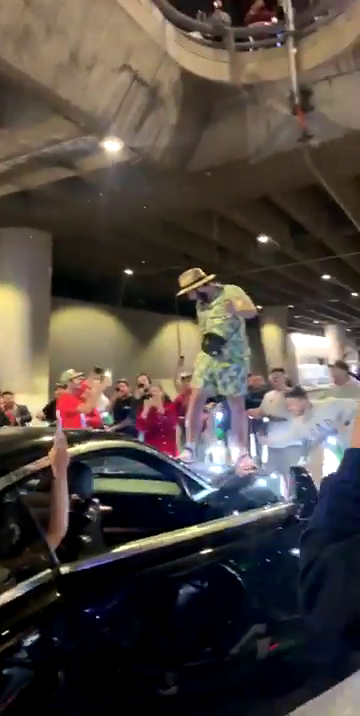 I couldn’t tell otherwise from the video, but I was stupid in not asking @boostipher about it. I got this all wrong. He’s corrected me. The guy on the hood is from inside that car. He got on the hood to take video of the group.

And a video in another tweet shows there was actual racing. Screensnap: 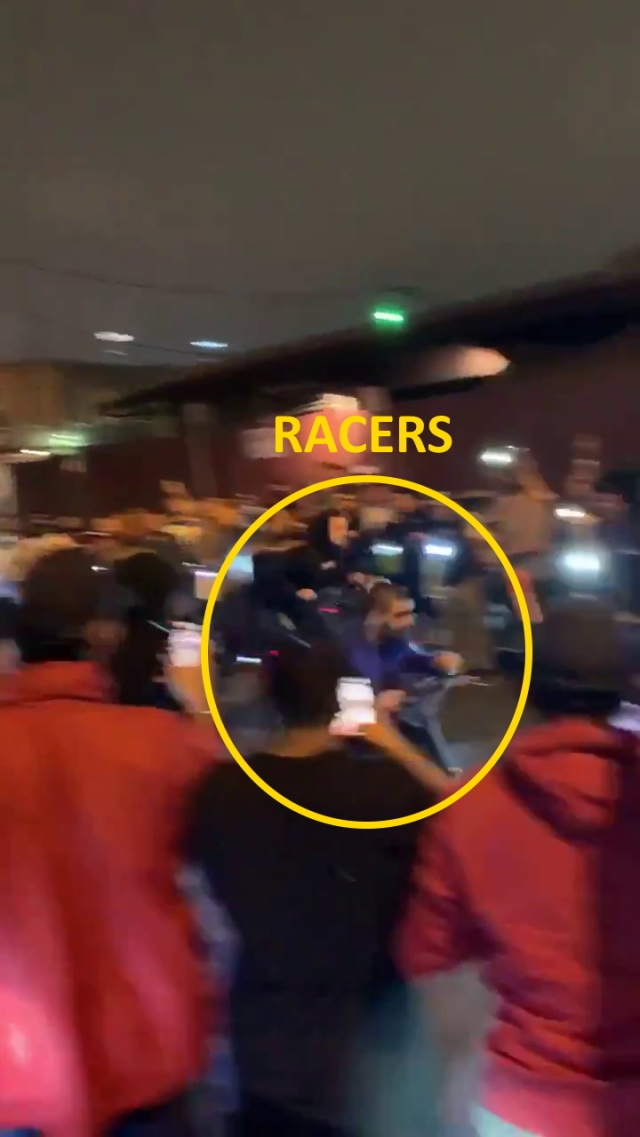 Bajaboard — last seen in Alt-Wheels Notes #18 in a Jay Boston video — makes another appearance here, in the form of a video blog from the company itself:

At some point, savvy venture capitalists will catch up and want to invest in the makers of muscular boards such as that.

Meepo has a blog post about their ESCs (electronic speed controllers) and remote controls.

UnderWaterCzechHunter is a new EUC YouTuber. Here he does the incredible: Rides a Gotway mTen3 up to 40kph — that’s 24 mph! A speed that even veteran EUC owners with larger wheels won’t try with their own mTen3. They find it too scary.

Riding EUC Gotway Mten3 – at the end A little crash

The crash at the end is worthy of screen snappage:

The cause of the crash was his failed attempt to hop the curb. So it’s not a failure of the Gotway mTen3. He just lost his balance.

This video is a rarity and really something to see. Someone who hasn’t any videos of any Alt-Wheels on his YouTube Channel. This looks like the first one he’s ever bought, if not ridden. A good thing for all newcomers to watch.

He forgot all about Simple Stop and dismounted in some confusion. Still, he didn’t fall or break his neck. Don’t let fear dissuade you from getting some form of Alt-Wheels, whether for fun or for commuting and errands.

In Alt-Wheels Notes #13, I made fun of someone who thought he had found the New New Next Next Big Big Shiny Shiny Thing: Backpacks!

The topic is a serious one, however, and TechCrunch will be running several articles for their Bag Week. Here are the first two:

But they lack important information: Photos of their interior.

Holy Grail is a startup that plans to use AI to, among other things, accelerate the development of new battery chemistries.