I had absolutely no idea this even existed. It was before my time, but even so! I tripped across it on YouTube (all praise to the Internet!). 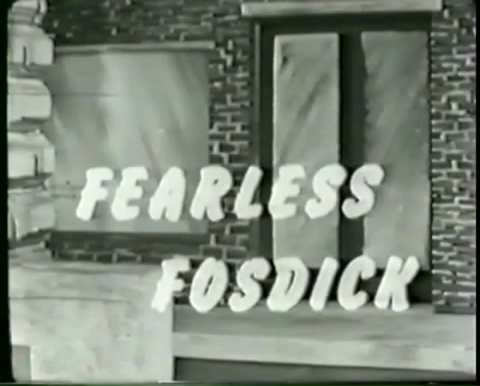 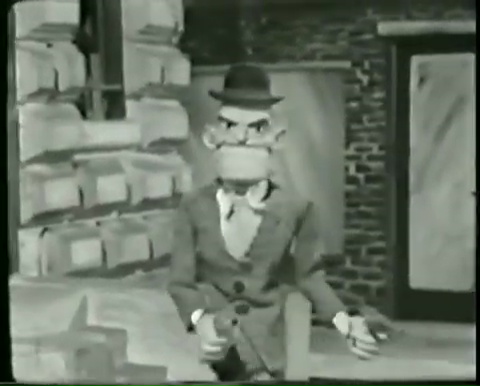 Despite the opening, this episode is in color. 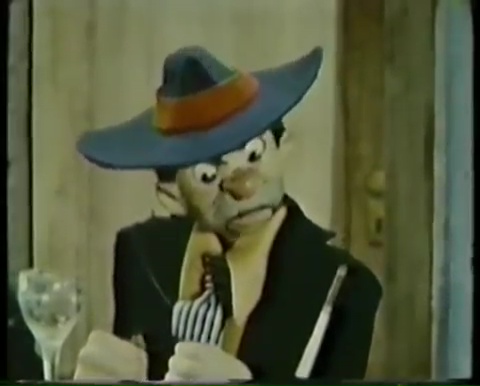 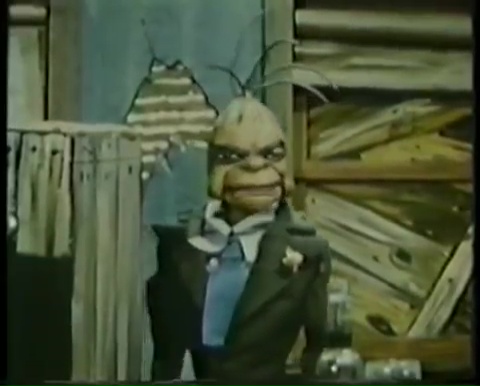 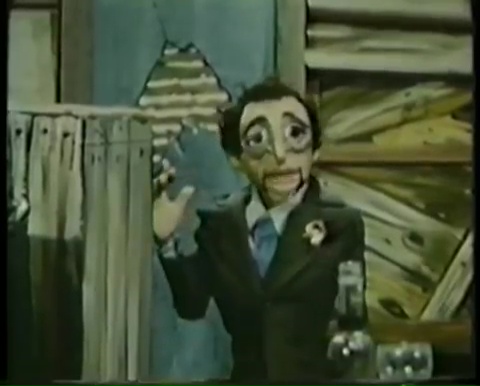 Of special note is the character who looks like a design from Gerry Anderson’s decades-later Space Precinct series: 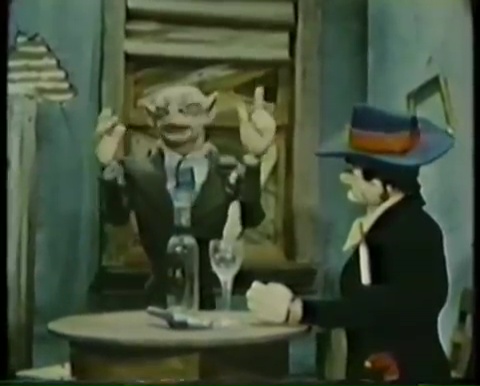 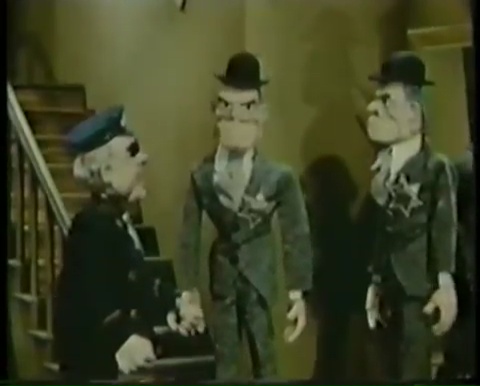 The moving eyebrows of the police captain:

And the moving eyes of Fosdick (or the impersonator, in this instance): 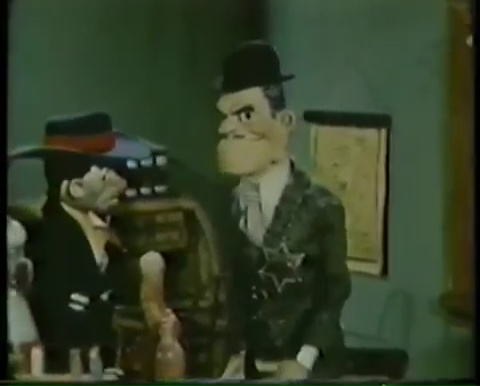 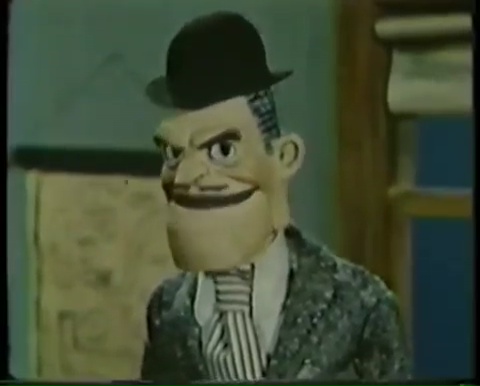 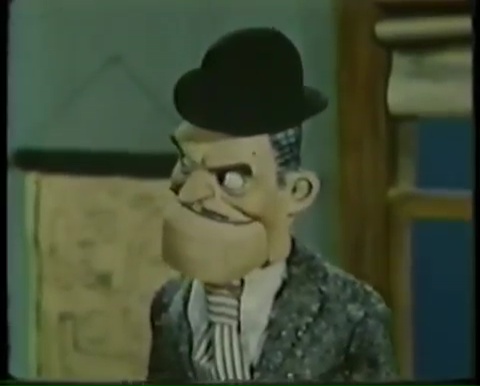 And look, they even changed Fosdick’s hand in a scene!

This discovery rewrites some of the history of marionettes in TV. Fearless Fosdick was Gerry Anderson before Gerry Anderson. It aired in 1952. Four Feather Falls (the first original Anderson series) was in 1960. And it was the first marionette series filmed in color, not Stingray. And while many backgrounds are just painted, the level of prop detail is on par with Supermarionation. 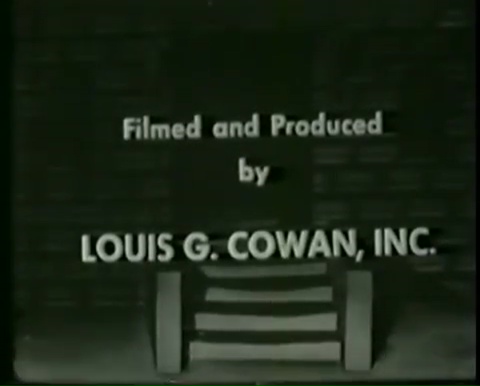 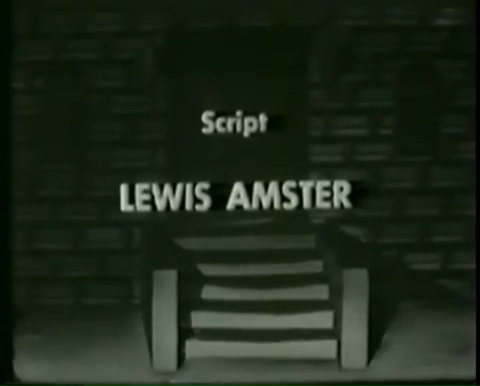 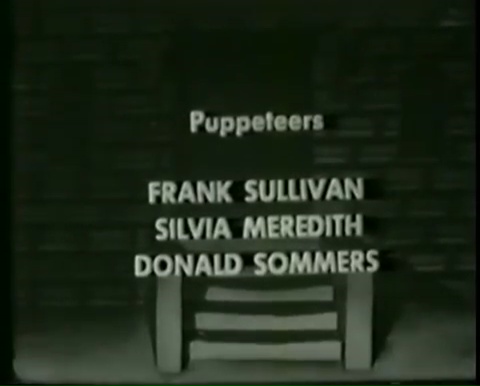 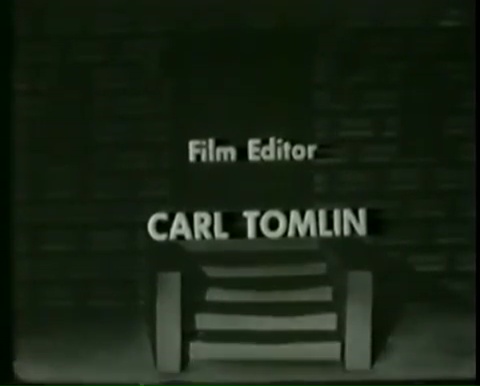 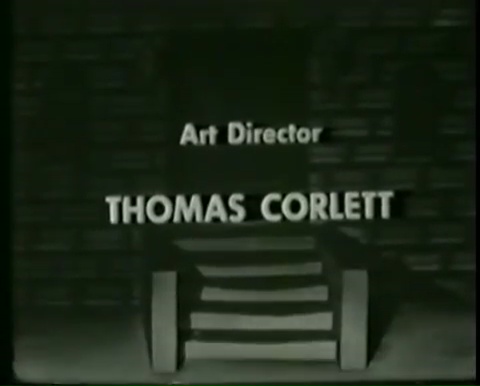 This is a neat discovery. After the Aeropolice 008 find yesterday, I wonder what else is out there still to be discovered?

Before hitting Publish, I got the bright idea to search for stills. It turns out puppeteer Mary Chase was well ahead of her time! See this tribute at the Puppeteers of America site.

Mary had an unshakable conviction that marionettes were a natural for television. She knew instinctively what television programmers would later learn: that a puppeteer could bring a whole cast to the television screen at a fraction of the cost of the same number of human actors. Chase also knew that marionettes had a universal audience appeal. Not only did children love them, their playfulness, creativity, and spontaneous joy appealed to the child in every adult. Convinced of the validity of her mission, in 1941 Mary went to Chicago’s first television station, WBKB, and talked them into putting her marionettes on the air. These were some of television’s first puppet shows, Chase pioneering a whole new avenue of television programming.

A barbershop quartet, one of Mary’s “teletheaters”; the characters are animated from below by motors, cams and rods.

She pioneered animatronics too!

And there is no Wikipedia entry for this remarkable woman!

Some wonderful images from Animation Resources:

And now the video (several others are on YouTube):

We really need this on DVD/Blu-Ray!

This entry was posted in TV, Video. Bookmark the permalink.