I know this path. All of you have seen photos from it. I’m sometimes walking on it during the weekend to get photos of personal electric transport.

Although bollards were installed in several places, the wide entrance from Houston Street was left open, probably for emergency vehicle access. The same with the Chambers Street opening the attacker used to exit. That will probably change now, with a manned barrier.

The Houston Street entrance has this sign, which I posted previously:

Obviously they’ve been focusing on the wrong fucking thing.

My deepest sympathies to the families who have lost loved ones today.

To everyone else: Don’t let this little shit make you afraid of using that bike path. If it’s open by then, I’ll be walking it this weekend to get more photos. 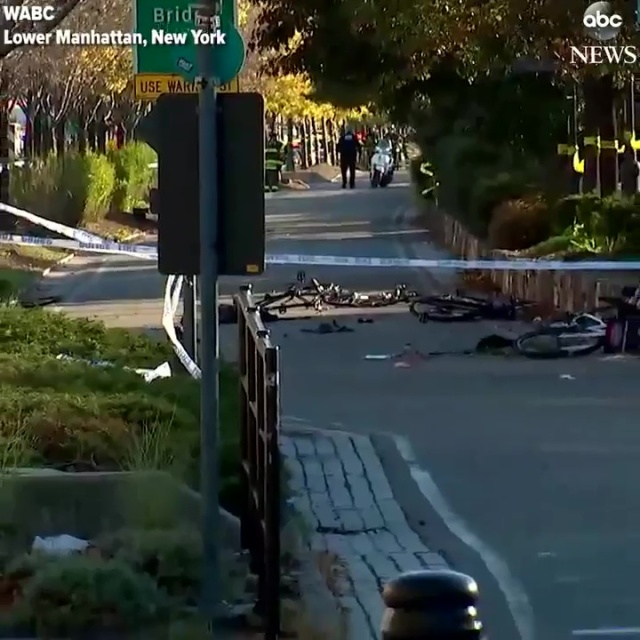 This entry was posted in DOOM, eScooters, eSkateboards. Bookmark the permalink.